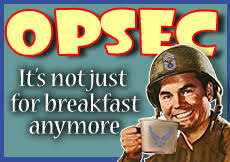 The resistance, on the other hand, is made up of people who are already divided by choice. They are compartmentalized by design, separated and segregated into cells that operate independently. They do not need or want a leader, they do not care about drama or the dynamics of a large group because they avoid large groups like the plague. You won’t see them on Facebook complaining about division because they’re too busy acting outside of it. They are harder to infiltrate, harder to approach, harder to find. Their unity is only within their cell, and their loyalty is only to the cause and the people within their cell—five to seven people who they train with, work with, and operate with. They are not part of a greater hierarchy. They plan, train, and act outside of the “movement.”

Which brings us to the second thing you need to know about division: it’s not necessarily a bad thing.

What is more effective: 2500 people in a Facebook group, or 10 cells of 5 people each who cannot be tracked, cannot be found, and can’t even be confirmed to exist? It takes very little time to confirm pretty much anything there is to know about a group on Facebook. We already know that during the Malheur standoff, FBI agents and other federal agencies were camped out on social media, collecting every scrap of information, every name, every location, every photo, everything. How many arrests have occurred since Malheur? It’s much harder to arrest a group when you don’t know its members, don’t know where they live, or even if a group exists at all. And as we’ve written before, you can only die once for liberty. Better to stay out of jail, better to stay alive, and do more for longer—even if (ESPECIALLY IF) no one knows you’re doing it.

Those who actually do things… pls continue doing them quietly and without fanfare. There are plenty of paper tigers roaring in the forest -- what we need are more ants and mice, quietly but consistently going unnoticed as they reconnoiter and undermine the imperial palace, even to the most secret places within.
/Mouse