The U.S. Military Has Awarded Contracts to Al-Qaeda in Afghanistan 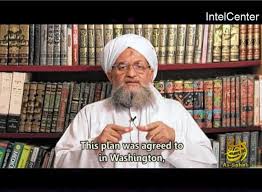 I suppose it just wasn’t enough that our allies, “the rebels” in Syria, have significant Al-Qaeda elements to them. No, we are the USA! USA! Best country ever. Defender of human rights. City on a hill. We must do far more than that. So we did.

This story below from Bloomberg, highlights a 236-page report by the U.S. Army Suspension and Debarment Office, which shows that military contracts have been granted to the Taliban and Al-Qaeda in Afghanistan. Yep, this is exactly what happens when an empire gets too big, too corrupt, and ends up in the hands of a bunch of sociopaths. From Bloomberg:

Supporters of the Taliban and al-Qaeda in Afghanistan have been getting U.S. military contracts, and American officials are citing “due process rights” as a reason not to cancel the agreements, according to an independent agency monitoring spending.

“I am deeply troubled that the U.S. military can pursue, attack, and even kill terrorists and their supporters, but that some in the U.S. government believe we cannot prevent these same people from receiving a government contract,” Sopko said.

This entry was posted in Al Qaeda, Editorial and tagged Afghanistan, al Qaeda. Bookmark the permalink.