The War in Mali – Another Diversion? 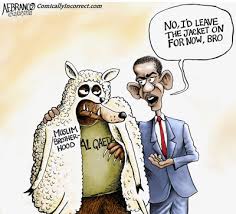 We will know more on the infringement of the 2nd amendment this week but what about the undeclared wars in Africa? The war in Mali is starting to receive some attention and France is taking their “kinetic action” to the United Nations. Is this another diversion? Will Congress be bypassed again in the declaration of “war”?

With so much misdirection by the government, what should we be focused on? The relentless attacks on the Constitution and the impotence of Congress should be in the forefront. Nothing will affect our Liberty more than our government and nothing should allow us to lose sight of this fact.

The unity of our nation is fractured but our resolve must not falter. Everything now depends on the duty to protect the country from a tyrannical government. We know the consequences of failure. The government knows this is their best chance for complete usurpation. Their arrogance is their weakness.

Covert Malian war being fought from the sky

The international counterattack against Islamic militants in Mal ramped up over the weekend, with air strikes by French jets and gunship helicopters and a French-supported air-mobile assault by Malian troops into Islamist-held territory.

” Heavy losses have been inflicted on our adversaries,” French president Francois Hollande said.

The attack, reportedly involving hundreds of French and Malian soldiers and airmen, came 10 months after al-Qaida-affiliated militants seized the northern half of the West African nation, including the historic city of Timbuktu, displacing tens of thousands and imposing harsh sharia law.

French transport planes carried Malian soldiers into the northern battle zone while French personnel landed in Bamako, Mali’s capital, to reinforce the city’s garrison. But most of the action seems to have been in the air, as French warplanes pummeled rebel positions.

The assault opens a new front in the global war against Islamic militants, joining conflicts in Somalia, Pakistan, Afghanistan and Yemen. American officials say they’re considering joining, while French foreign minister Laurent Fabius claimed the US is already involved. “We have the support of the Americans for communications and transport,” he told the AP, without giving more detail.