This Is Your Last Chance, Part Two, by Robert Gore

The biggest trend change in history.

Supposedly collectivists will reap the rewards of the only things they produce—destruction and death. After the collapse, a global collectivist government will replace the current multiplicity of collectivist governments. Most of the collapse’s survivors will become slaves living on subsistence doled out by the small aristocracy that will rule the planet. The real work will be done by artificially intelligent machines. The slaves will be pacified chemically and electronically through ubiquitous virtual reality technologies and monitored ceaselessly while the aristocrats live in unimaginable splendor. Those who resist pacification and enslavement will be “corrected,” or if that fails, murdered.

This is simply a straight line projection of the present and recent past that ignores a fully evident counter-trend still gathering steam. After a centuries-long, bull-market run, government as an institution has topped out. The plans and predictions of the global totalitarians are the overconfident rationalizations of newly minted millionaires at the top of bull markets—the “permanently high plateau” in 1929, the “new economy” in 2000, “house prices only go up” in 2007, and “the Fed’s got our backs” now.

I am sure they are amazed that they passed all expectations so easily, getting so many willing sheep to take the kill shot. Now they want us to think they have pulled back and surrendered. Far from it, they cannot stop once they started down this road the consequences for them are nothing short of their death.

And this is 100% true and not sure why others don’t see it. People in power NEVER GIVE UP THEIR POWER UNLESS REMOVED. This article is full of fail. TPTB will milk this country and the sheep until dead and then they will lay full tyranny on (oh wait, we are already there). Lets not take back liberty -- lets just comply to our doom.
.
Maybe we can win the 22/24 elections and save the country! /sarcasm
. 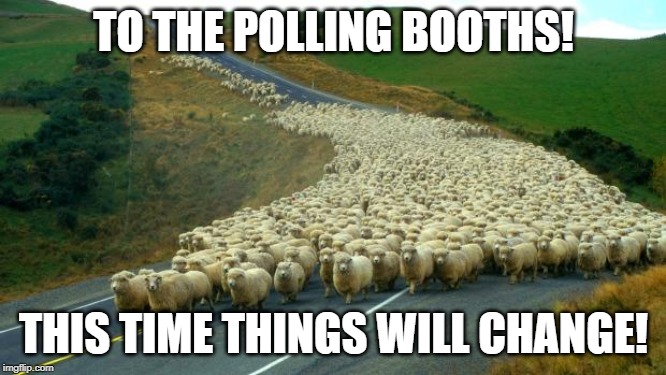 Biden Warns Of “Strong Response” For Russian Nukes In Cuba—Putin Gives “10 Megaton” Reply The Obama/Biden regime will not stop until we are all dying or dead.

Ominous End To Diplomacy Triggers “Be Afraid And Expect The Worst” Warning To World Another article you might find interesting, I have watched this site for a long time, different people say it is CIA run others Russian run, you decide.

There is a point in life you jump off the left right train! Adios!

Mathew 4:8 is still true today, NO exceptions! This whole covid bs is Lucifer finding out who stays and who goes. If you think the free republic is coming back, I suggest you read or re-read your bible.

God wants everyone to have a chance at salvation, he has never removed judgement until the people removed the evil amongst them, I have read the Bible multiple times and still read it cover to cover at least once a year and scripture daily.