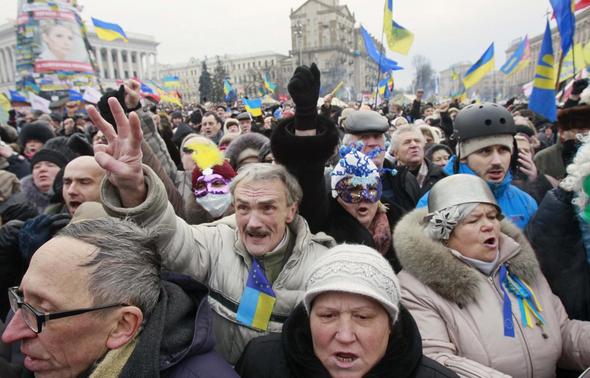 Up to 100,000 Ukrainians massed in the capital Kiev on Sunday in defiance of sweeping new laws aimed at stamping out anti-government protests.

The rally, the biggest this year in a cycle of pro-Europe protests convulsing the former Soviet republic for the past two months, was spurred by the legislation rushed through parliament last week and which the opposition says will lead to a police state.

Significantly raising the stakes in the confrontation with President Viktor Yanukovich, opposition leaders announced a plan to gather people’s signatures expressing no confidence in his leadership and that of parliament.

Denouncing as unconstitutional last Thursday’s hurried vote in parliament by Yanukovich’s supporters, they called for moves to set up a parallel structure of power – including a people’s assembly and a new constitution.

How do we get this sort of thing started in America? I have no confidence in the government to do and handle anything.

Author
DRenegade
Reply to  Fed up

That’s easy. Find people who will fight to regain their freedom. But first you have to remove their normalcy bias to show them that they have been enslaved.