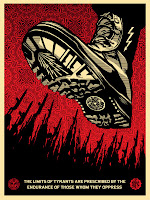 We have chosen to highlight United States agencies; however, this top 10 list has global impact, as the U.S. has now proven to be the enforcement division of the overarching globalist agenda of centralized control.

One could argue that every government agency serves the purpose of stifling freedom and wasting taxpayer money. Yet, the 10 listed below go the extra mile for their sheer corruption, draconian regulations, and ultimate impact upon the largest number of citizens.

The main criteria for inclusion in the top 10 is the amount of money spent by the taxpayer according to official budget declarations, and then attaining the highest level of doing exactly the opposite of their stated intentions.

Here is the countdown to the top 10 most dangerous U.S. government agencies to the freedom, prosperity and health of its citizens . . . .

This entry was posted in Editorial and tagged Tyranny. Bookmark the permalink.