Israel conducts joint missile interception test with US in Mediterranean

Posted on September 3, 2013 by DRenegade 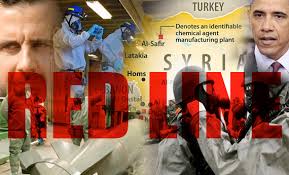 This “test” was a good gamble by Obama. If war breaks out over this taunt, he can blame Israel and still achieve his objective to build a new caliphate in the Middle East based in Turkey.

Israel tested a U.S.-backed missile system in the Mediterranean on Tuesday but did not announce the launch in advance, prompting a disclosure by Russia that kept the world on edge as the United States weighed an attack on Syria.

The morning launch was first reported by Moscow media that quoted Russian defense officials as saying two ballistic “objects” had been fired eastward from the center of the sea – roughly in the direction of Syria.

The news ruffled financial markets until Israel’s Defence Ministry said that it, along with a Pentagon team, had carried out a test-launch of a Sparrow missile. The Sparrow, which simulates the long-range missiles of Syria andIran, is used for target practice by Israel’s U.S.-backed ballistic shield Arrow.

“Israel routinely fires missiles or drones off its shores to test its own ballistic defense capabilities,” a U.S. official said in Washington.