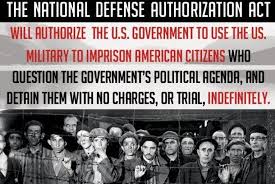 I received this “urgent” request in an email from a Tea Party leader in North Carolina. My only comment is why it is directed to “Good Republicans”? What happened to “Good Americans”? Romney and the GOP support the NDAA: case closed. How do I know? Romney told us and the GOP voted en masse to pass it.

I have to ask why the TSA is providing security at Paul Ryan speeches? Is it because they have not sworn an oath to the Constitution? I do not think we have long to wait to see the disposition of 1.2 billion hollow point rounds.

I cannot express how monumentally suicidal the Republican National Platform and Rules Committee have behaved in the past few days.  All efforts at reaching out to Constitutionalists, Liberty Movement folk, crossover Democrats, and Non Co-opted Tea Parties that so many have made has been completely tossed under the bus. Wayne King and Co. have insulted ALL NORTH CAROLINIANS by refusing to adopt a platform plank AGAINST INDEFINITE DETENTION of American Citizens at the behest of any President.  I am beyond disgusted when I think of how high a priority it was for the NCGOP to get Wayne King as NC’s Platform Committee mouth piece, So much so that they railroaded the entire sham nomination and election in the Executive Committee Meeting. Pffffttt.  I was not even present and heard all about the unsavory selection process.  Now our Kids have been sold into Tyranny by this useless tool of the Police State, Wayne King, and all his Big Government Neo Conservative Buddies.

What on Earth are they doing, selling out their own Children and GrandChildren to Tyranny?  What they are doing is Criminal.  History will look back and label King and these so called “Leaders”, the ‘Scum of the GOP’ because they are Enablers of Treasonous Corporatist Sell Outs.   That’s what they are.  I am Livid.  Neither You nor I owe anything to any of them and I suggest each and every delegate pasted to this email think VERY HARD before you go along with these Soon to Be Displaced So Called Leaders of the NCGOP and RNC.

If their treacherous tenancies to create a police state are not enough, they have now, in typical Slimy Fashion, attempted to Chang their own Party rules so as to Forever Hold Power via Appointment and Privilege over the naming of all delegates. And it gets worse.  Don’t take My word, Start Researching for yourself.   Here’s a primer……..

The RNC, the NCGOP in Wayne King (with Chairman Hayes possibly complicit as well), and our Presumed Ticket of Romney/Ryan have made a MOCKERY of Freedom and Constitutional Rule of Law.  They have also demonstrated by their actions that America and Her People MUST accept debasement of the currency, bankruptcy via Empire, and perpetual Police State in America by AGREEING WITH OBAMA ON EVERY SINGLE ISSUE BELOW:

2008 YES on TARP
2008 YES on Economic Stimulus Package HR5140
2008 YES on GM and Chrysler Bailout
JUly 2009 YES on 192 Billion in Additional Stimulus
2003 YES on limited Prescription drug benefit totally unfunded
2006 YES on Millions for Housing Vouchers Section 8
Oct 2008 YES on extending Unemployment “Insurance” from 39 to 59 weeks.
YES on Indefinite Detention
YES on Permanence of Patriot Act
YES on Federal National ID (so called REAL ID)
Both support NAFTA, GATT, Foreign Aid (with Printed Money), and Globalization to the detriment of America’s people.
Both support 20,000 drones over America to ‘protect’ us.
Both support Naked Body Scanners and Groping of anyone and everyone in airports, no matter their age or disability……to protect us, of course.

I could go on, but what’s the use?   I was willing to go along with this garbage RINO ticket for the sake of Getting rid of Obama.  Well, let me make one thing very clear to you all, cheat duly elected Ron Paul delegates out of their seats and change the rules to KILL Grassroots Politics…….and I will NEVER LIFT A FINGER FOR THIS RINO TICKET.   I will not give one dime to them nor will I show up on election day to support them.   I will work feverishly to suppress any voter turnout of this RINO ticket all across the region where I live and work.  This Conventions’ actions are proving one thing CLEARLY.  The RNC is demonstrating that they want a Big Government Police State so badly that they are willing to allow for the Re election of Obama.  They are willing to live with his Socialist and Marxist Tenancies because of the many things that they agree with….like the laundry list of Rinoisms you see above this paragraph.  Well, I say to them,  Bring it on.  You are asking for the complete destruction of our Party and before I let you have it your way, I will oblige you in ripping it apart with abandon.  I am sick and tired of these DISLOYAL PUNKS running the NCGOP and the RNC.  I will not allow them free reign to do what they are doing, which is turn the GOP into a save haven for Fascist servants of a Police State.  Period.

The above mentioned FACTS about both tickets and the GOP Establishment’s power moves during this convention cycle have demonstrated that THEY can no more be trusted than Obama and that if they do not back off of these actions by the end of Convention……a State of Political War Exists between the Grass Roots and The Republican Party and that all efforts shall be made to end the RULE of our Party by these Treacherous Constitution Raping RINOs.  I type every word of this and mean every word of this with every Fiber of my Being.   I have written this letter and waited 48 hours to see if I would feel differently and I do…….I feel even more strongly than ever that these Tools of Tyranny that have demonstrated Party Disloyalty with their Rule Breaking Actions MUST be held to account and DISPOSED OF BY ANY EXPEDIENT POLITICAL MEANS CONCEIVABLE and AT ALL COST WITHIN THE PARTY.

History has already recorded the ascendancy of tyrants in Century after Century. Good People, sitting in silence, not speaking out when it counted most, has led to the rise of Evil. I Rejoined the GOP to fight such a thing. I call on YOU, the Delegates and Faithful Party Members, to do all in your power to persuade the Powers that Be to Rethink Their Chosen Course of Action before the Dye is Cast and the Convention is Adjourned. It is in your Hands.