Victory Through Resistance – One Year Later 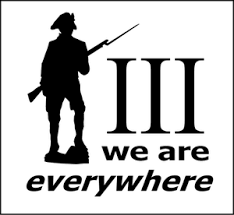 I received a notice from the Internal Revenue Service in May 2010 that I owed over $2000 in back taxes from 2008. This notice was somewhat surprising since although I have no illusions that my tribute to the government is mainly wasted, I “Render unto Caesar the things which are Caesar’s, and unto God the things that are God’s”. The notice outlined the money and penalty and I quickly saw that a missing 1099R from the taxes filed would solve this issue.

Or so I thought. I sent the 1099R to the IRS with a short explanation, waited a short time to ensure that they received it, then called to make sure that the matter would be closed. The IRS employee had one response: you must pay the taxes. The intent of this employee was not to close the case but to make me lose composure on a recorded line. Once I realized this, the call was ended and another letter was sent for their files. I found that this was the typical tactic used on three subsequent contacts.

After a personal visit to the Raleigh IRS offices where I was treated in a manner quite befitting a slave, I came to the conclusion that this was personal based on my political activities in the Tea Party movement. Another phone conversation led to the same wall and my accountant came to my rescue. Or so I thought. After a 2 hour speaker phone conversation between us and an IRS employee, my accountant came to the conclusion that something else was going on in my case.

At this point, I decided to resist by cutting off all further contact with the IRS. I personally filed a court case by paying $60 and filling out the appropriate paperwork. Once the case was filed in Federal Court, I received a call from the IRS in Greensboro. Although the option to possibly end this case was tempting, the decision was made to resist and pursue the court case.

Nothing further was done for approximately three months except for pleas to settle the case before it proceeded to court. Since I did not settle, the court date was scheduled and it did not take long for a higher level IRS official to send me a letter with his personal contact information. I called and left a message and he called me back. Two minutes later, the case was resolved. When I asked him why he was able to read the paperwork and understand in two minutes what four IRS employees could not over the course of ten months, he just laughed. I told him that I saw nothing funny in ten months of harassment and several lost days of work.

It took another two months to receive the paperwork from the Federal court that they accepted the dismissal of the case by the IRS.

My experience is much the same. My 2001 filing was audited, and my mortgage interest denied because I did not own my home. Despite proper paperwork and years of discussion, all I got was stonewalled, harassed, and ruined. After 8 years of this, along with levies, garnishment and tax advocate assistance, suddenly I got “your filing is accepted. No “sorry”, “you were right”, just “accepted”. Guilty until proven innocent.

Why do WE still obey the laws ? | NCRenegade

Thank God for your courage to stand up for your rights. The IRS is very intimidating and most folks just pay rather than fight. May others learn from and
follow your example of persistence!