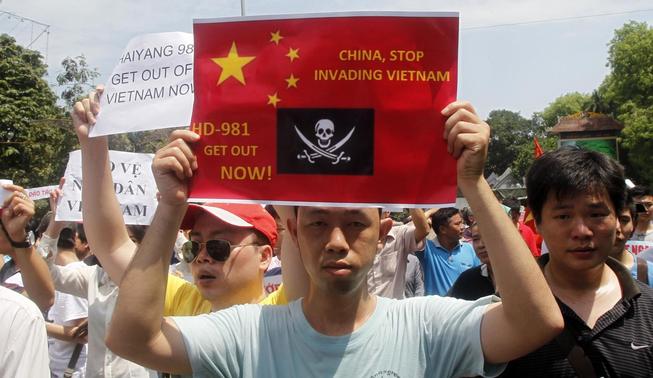 Thousands of Vietnamese set fire to foreign factories and rampaged in industrial zones in the south of the country in an angry reaction to Chinese oil drilling in a part of the South China Sea claimed by Vietnam, officials said on Wednesday.

The brunt of Tuesday’s anti-China violence appears to have been borne by Taiwanese companies in the zones in Binh Duong and Dong Nai provinces, as rioters mistook the firms to be Chinese-owned. There were no reports of casualties and the rioting appeared to have subsided by Wednesday.

The row over the South China Sea and anti-China violence in tightly-controlled Vietnam have brought relations between Hanoi and Beijing to one of their lowest points since the Communist neighbors fought a brief border war in 1979.