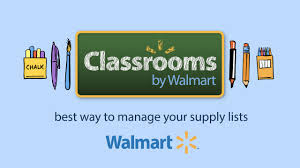 Two weeks ago, Wal-Mart stunned the world when a leaked memo discloses that February sales had been a “total disaster” and the company was facing the worst February start since 2006. Today, Bloomberg’s deep throat in Bentonville strikes again, as a new leak emerges. “Wal-Mart Stores Inc (WMT), already struggling to woo shoppers constrained by higher taxes, is ““getting worse” at keeping shelves stocked, the retailer’s U.S. chief told executives, according to minutes of an officers’ meeting obtained by Bloomberg News. “We run out quickly and the new stuff doesn’t come in,” U.S. Chief Executive Officer Bill Simon said, according to the minutes of the Feb. 1 meeting. Simon called “self-inflicted wounds” Wal-Mart’s “biggest risk” and said an executive vice president had been appointed to fix the restocking problem, according to the minutes.”

So even as the market completely ignored the Wal-Mart revenue issue, which is “getting worse”, the bigger problem is that now it appears to be affecting the company’s supply-chain, which likely means that all of WMT’s upstream vendors are suffering from the same malaise that has gripped all those entities that still rely on such historical trivia as profitability and cash flow:

Wal-Mart’s inability to keep its shelves stocked coincides with slowing sales growth. Same-store sales in the U.S. for the 13 weeks ending April 26 will be little changed, Simon said in the company’s Feb. 21 earnings call. Comparable sales increased 1 percent in the fourth quarter, compared with an average of 1.4 percent from analysts surveyed by Bloomberg. This year the shares gained 4.2 percent through yesterday, compared with a 5 percent advance for the Standard & Poor’s 500 Index.

This entry was posted in Editorial, Financial and tagged Wal-mart. Bookmark the permalink.