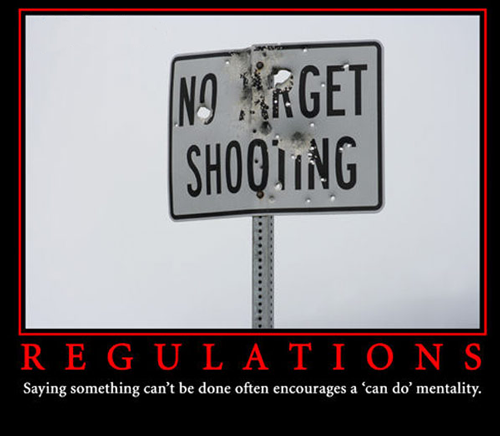 The BATFE, Department of Justice, Eric Holder and possibly the president conspired to fabricate a scenario to limit or override the 2nd amendment known as Fast & Furious. As we now know, they were caught and the 2nd amendment is safe (until the next attempt). The firearms that were illegally transferred to Mexico resulted in the death of at least 200 Mexican citizens and one US border patrol agent. The DOJ is finally releasing documents to Congress and their previously sent false documents are being recalled.

But what if Fast & Furious had succeeded in its objectives? Since the origins of all 2nd amendment infringements are based on false/misleading testimony in the Supreme Court, the only lessons learned by the government are to continue their goal to disarm the American people. And they have been successful since United States v. Miller.

A fictional account of what the government may do to regulate firearms is discussed in Enemies Foreign and Domestic. However real transgressions by the government are public record if people are willing to read.

So what do you think the real objectives were for Fast & Furious? Limiting the sales of assault rifles? Increased requirements to own a firearm? Restrictions on magazine/clip sizes? Whatever the objective of Fast & Furious was, the final objective is to disarm the American people. History tells us what happens next when the people are defenseless.

Is it necessary for us to wait untill the dark side begins shooting us and dragging us from our homes?