What Number Is This Ultimatum? 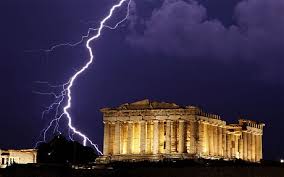 Greece is back in the news again as they are given another ultimatum to bow down to Germany. Is this news or a distraction to the events going on in Egypt, Syria and here in the United States? The headlines last week over PRISM, Immigration Reform and Obama’s extravagance in Africa at our expense have been replaced by Trayvon Martin and Greece. Let’s hope that this is just a slow news cycle (doubtful) and not the calm before the storm.

Greece Gets Three-Day Ultimatum From Europe To Fix Itself, Or Else

Yesterday it was the Egyptian military giving president Morsi a two day ultimatum before things “deteriorate”, now it is the Eurozone giving Greece a three day ultimatum to “deliver on the conditions attached to its international bailout in order to receive the next tranche of aid” or else.

This links back to the FT report from June 20 that the IMF told Greece it has until the end of July to plug its budget holes, or else. In other words, simple escalation. Of course, maybe it should have been made apparent to Greece back in May 2010 at the time of the first (of many) bailouts that all those tens of billions in sunk costs are actually supposed to lead to economic reforms instead of perpetuating a broken and corrupt political system in which all in efficiencies and failures are blamed on evil (f)austerity.

Greece has three days to reassure Europe and the International Monetary Fund it can deliver on conditions attached to its international bailout in order to receive the next tranche of aid, four euro zone officials said on Tuesday.