Who issued the stand down orders in Benghazi: the President or the Secretary of Defense? 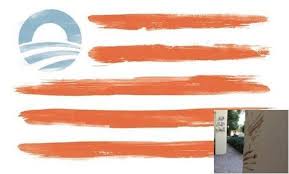 There were TWO stand down orders issued during the attack on the consulate in Benghazi.

Ready-to-respond special forces on the ground in Tripoli and at American military bases in Southern Europe were prepared to depart to reinforce and evacuate the remaining American citizens in Benghazi.  They were not just delayed – they were told to STAND DOWN.

An attack on the consulate is tantamount to an attack on Tampa Bay, Florida and the President alone is the only person who could authorize responsive forces.  He has said that he authorized all resources to come to the aid of our people in Benghazi on that day, but the truth is inconvenient to this flat out lie.  A stand down order, of which many were issued and testified to yesterday before the House Oversight Committee, could only have been issued by the National Command Authority.  Any other source of such an order would lack the authority since the attack in question was an act of war.

Who issued the stand down orders then, the President or the Secretary of Defense?