Why Things Will Get Worse – Much Worse 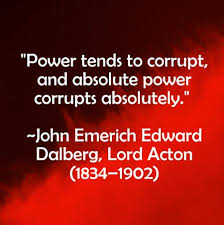 It is easy to be upset about what is happening all around. The economy is being destroyed, deliberately, by insane economic policies. Incentives to work are being eliminated by punishing work. At the same time rewards are increasing for not working. Not surprisingly we get less of what we penalize (work) and more of what we subsidize (non-work).

As an economist I get sick over what I see happening to what was once a great engine of productivity, capital creation and improvements in standards of living.

After two centuries of progress that amazed the world, the conditions necessary for growth and productivity are steadily being removed. Their presence allowed the miracle of America. Their absence guarantees the decline. Carried to extreme, the US could become a second or third-world nation within a few decades. Virtually all changes in the last five to ten years point in this direction and these changes are accelerating.

This entry was posted in Editorial, Financial and tagged Economic Collapse. Bookmark the permalink.