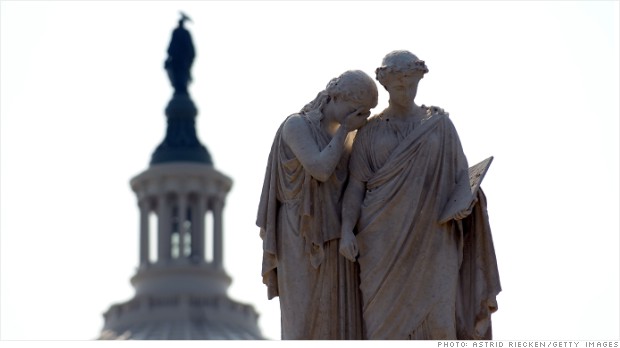 Leaders from around the world have a message for Washington: Raise the debt ceiling, and do it right now.

On this, there is absolute consensus. Leaders from China, Japan, Saudi Arabia, Germany and Singapore have all pleaded for a speedy resolution — saying that a default by the United States would have a profound effect on their economies.

It’s a risk that dominated last week’s meeting of the International Monetary Fund in Washington, an event attended by nearly all central bankers and finance chiefs.

“I’ve just spent the last two days with representatives of about 188 countries around the world … they are very anxious to see this crisis resolved, because they know it’s going to impact their economy,” IMF chief Christine Lagarde told CNN.

Leading between the lines… the banking cartel demanding to be paid. Or paid off.