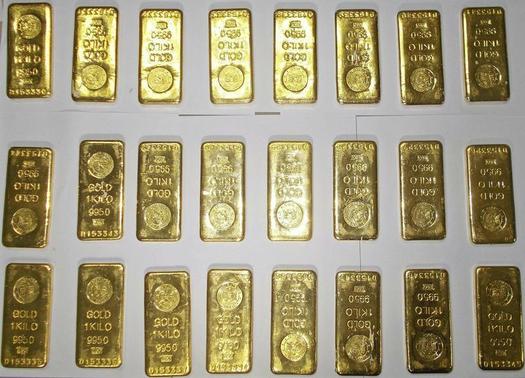 Indian gold smugglers are adopting the methods of drug couriers to sidestep a government crackdown on imports of the precious metal, stashing gold in imported vehicles and even using mules who swallow nuggets to try to get them past airport security.

Stung by rules imposed this year to cut a high trade deficit and a record duty on imports, dealers and individual customers are fanning out across Asia to buy gold and sneak it back into the country.

Sri Lanka, Thailand and Singapore are the latest hotspots as authorities crack down on travellers from Dubai, the traditional source of smuggled gold.

In a sign of the times, whistleblowers who help bust illegal gold shipments can get a bigger reward in India than those who help catch cocaine and heroin smugglers.

This entry was posted in Editorial, Financial and tagged Gold, India, Smuggling. Bookmark the permalink.