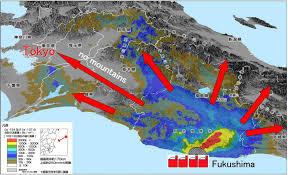 We reported in May 2011 that authorities knew – within days or weeks – that all 3 active Fukushima nuclear reactors had melted down, but covered up that fact for months.

The next month, we reported that Fukushima’s reactors had actually suffered something much worse: nuclear melt-throughs, where the nuclear fuel melted through the containment vessels and into the ground. At the time, this was described as:

The worst possibility in a nuclear accident.

But now, it turns out that some of the Fukushima reactors have suffered even a more extreme type of damage: melt-OUTS.

This entry was posted in Editorial and tagged Fukushima. Bookmark the permalink.