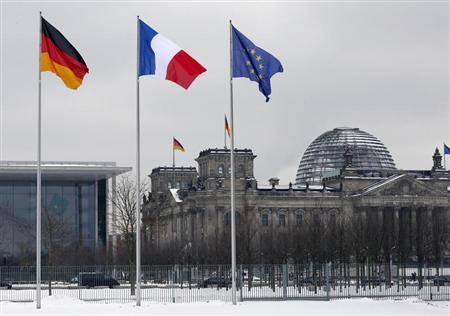 The euro zone slipped deeper than expected into recession in the last three months of 2012 after its largest economies, Germany and France, shrank at the end of a wretched year for the region.

It marked the currency bloc’s first full year in which no quarter produced growth, extending back to 1995. For the year as a whole, gross domestic product (GDP) fell by 0.5 percent

Economic output in the 17-country region fell by 0.6 percent in the fourth quarter, EU statistics office Eurostat said on Thursday, following a 0.1 percent output drop in the third.

The quarter-on-quarter drop was the steepest since the first quarter of 2009 and more severe than the average forecast of a 0.4 percent drop in a Reuters poll of 61 economists.