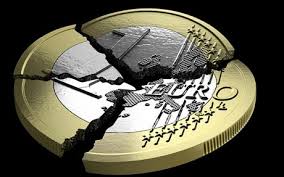 Back in December we pointed out the patently obvious: in the absence of an external rebalancing mechanism, i.e., a free-floating currency, the only option for the bulk of the periphery to regain competitiveness was through ongoing wage collapse and persistent localized depression. Five months later, just as predicted, Europe is in a worse shape than ever before, not only in those non-core countries where wage deflation is accelerating, but the weakness has fully spilled over to the core. Of course, none of this is rocket science, and has been quite obvious to anyone who thought for more than 15 seconds about the “future” of the Eurozone. What is surprising, however, is that with every passing day even the most staunchest supporters of the euro, in this case Oskar Lafontaine, German finance minister in 1998-1999, under whose supervision the euro was launched, are becoming the most vocal Euro-skeptics an unsound, political (capital) currency can no longer buy. Here is the Telegraph’s Ambrose Evans-Prithard dissecting the conversion of the latest europhile turned euroskeptic.

Oskar Lafontaine, the German finance minister who launched the euro, has called for a break-up of the single currency to let southern Europe recover, warning that the current course is “leading to disaster”.

“The economic situation is worsening from month to month, and unemployment has reached a level that puts democratic structures ever more in doubt,” he said.

The Germans have not yet realised that southern Europe, including France, will be forced by their current misery to fight back against German hegemony sooner or later,” he said, blaming much of the crisis on Germany’s wage squeeze to gain export share.

This entry was posted in Editorial and tagged Euro, Oskar LaFontaine. Bookmark the permalink.