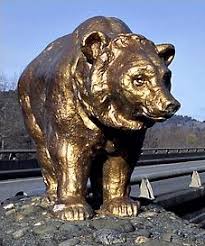 Hedge funds accumulated their second-biggest bet against gold on record just as prices rallied the most in 15 months on surging demand for coins and jewelry and Goldman Sachs Group Inc. ended a recommendation to sell.

Bullion rallied 11 percent since reaching a two-year low April 16. The U.S. Mint ran out of its smallest gold coin last week, with sales across its products poised for the best month since December 2009, and the U.K. Mint said purchases tripled. Premiums paid by jewelers in India (XAUINR), the biggest importer, to secure supply surged as much as five fold in 10 days. Goldman said April 23 it closed a bearish recommendation, while saying further declines are likely.

“It’s bizarre that the price has come back so rapidly,” said Donald Selkin, who helps manage about $3 billion of assets as the chief market strategist at National Securities Corp. in New York. “After the big decline, demand jumped like crazy. It’s the old rubber-band theory: You stretch too far, and eventually, it snaps back. Banks came in to buy, and there is record demand for coins around the world.”

This entry was posted in Editorial, Financial and tagged Gold. Bookmark the permalink.