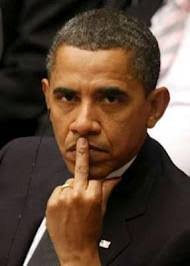 Moments ago The Hill reported that what many thought was absolutely impossible, may in fact become a reality: President Obama is considering issuing an executive order (#394,039,993,837?) to raise the minimum wage for Federal Workers… and in the process – with the help of that other central planner par excellence Bernyellen – lap all those other Banana republics that everyone so enjoys making fun of.

President Obama is considering using his executive authority to raise the minimum wage for federal contractors, he told Senate Democrats during a closed meeting at the White House.

Lawmakers present at the Wednesday night session said Thursday that Obama did not bring up the matter himself, but appeared receptive to the idea when questioned on the topic. “The issue was raised,” Sen. Barbra Boxer (D-Calif.) said Thursday. “He said he was looking at it, as he looks at everything else.”