List of North Carolina Schools Partnered with the United Nations 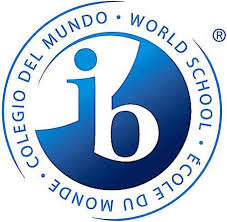 North Carolina has 30 schools partnered with the United Nations to teach our children how to “promote intercultural understanding and respect, not as an alternative to a sense of cultural and national identity, but as an essential part of life in the 21st century“.

This NGO of UNESCO is nothing more than another means to indoctrinate our children into a new world order. Our nation is under attack from both enemies foreign and domestic. How will they defeat a nation founded in Liberty? By using proven techniques: propaganda, disarmament,tyranny and the corruption of our own children.

I am fighting for Liberty for our next generation. We must ensure that they know that nothing is more valuable than their individual freedom given to them as one of their natural rights. This task has just become harder as they are being “educated” that the world collective is greater than the individual.

It is time to fight for our own children.

Quality education for a better world

The IB has been recognized as a NGO of UNESCO since 1970 and currently has the status of “formal consultative relations as a network” with UNESCO. IB representatives participate regularly in UNESCO meetings and comment on UNESCO proposals in education. Some projects have received UNESCO funding—see Cambodia and Nigeria in the list of partnerships (126 kb, PDF) and exchanges with governments and inter-governmental organizations (IGOs).

The International Baccalaureate® (IB) does not own, operate or manage any schools. Instead, we work in partnership with 3,538 IB World Schools in 144 countries who offer our programmes. These schools:

The interdependent nature of the relationship between IB World Schools and the IB is a unique and a defining characteristic of the worldwide IB community.

Check the full list of schools in North Carolina (all programmes). These are only the high schools but they actually are in the elementary and middle schools also. Parents -- home school!!!

Gina, you are absolutely right. Home schooling is the only way you will get your message to your child. The schools have been lost for years and are too far gone to ever hope for recovery. And the sheeple continue to buy the proposition that they can solve all problems with more money.

I wish we had some examples of the things they are teaching…I would think we could contact Bill Ayers for that information!

Eric Holder has on his list of things to do to stop home schooling. We need to attempt to stop him but if O wants it he will get it… Sigh

Why do Americans, especially North Carolinians have to be so vile and gullible?

Well janamurray I believe that is probably the result of over 125 years of democrat leadership in the state of North Carolina. Patriots have begun the struggle to change just that. In Liberty, Bill

Why is the Board of Education building that backs up to the Halifax Mall in Raleigh so secretive? I hear our State Reps have to be escorted any where they migrate through this building that Tax Payers built. Has anyone else heard this before? If so why is this happening? The United Nations in my opinion should have nothing to do with schools in North Carolina or the other 49 states.

[…] skilled and trained experts”  may be found at a school near you.  It would appear that the US got a head start to the socialization of our educational system when […]