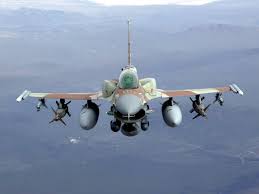 The purpose of this amendment to H.R. 325 was “To prohibit the sale, lease, transfer, retransfer, or delivery of F-16 aircraft, M1 tanks, or certain other defense articles or services to the Government of Egypt”.

Thank you Sen. Burr and Sen. Hagan for voting to table Rand Paul’s amendment and sending the Muslim Brotherhood in Egypt F-16 aircraft and Abrams tanks. You have shown your true allegiance by your action.

The words “domestic enemy” come to mind. What possible rationale could these senators have in letting this transfer of weapons go through to a known enemy of our Republic and the nation of Israel.

Mr. Burr has been in D.C. much too long & seems 2 have become an adept a**-kisser. Ms. Hagan calls herself a Democrat but most of us knows what that really implies. Will work 2 see they return 2 N.C. as LOSERS.

Why am I not surprised? Burr should have gone after he voted for TARP and Co sponsored the Fake Food Safety bill during the Lame duck session 2 years ago.
Somehow those actions do not jive with the Constitution

Not Pleased with Sen Burr on many issues. He is by no means a conservative! We keep sending these ED_U_KATE_DID IDIOTS back to Washington ’cause of uninformed voters in both parties. I’m ashamed of both N.C. Sentors!!! Along with 95% of all congress. What part of STOP THE WASTEFUL SPENDING don’t Ya”ll understand???