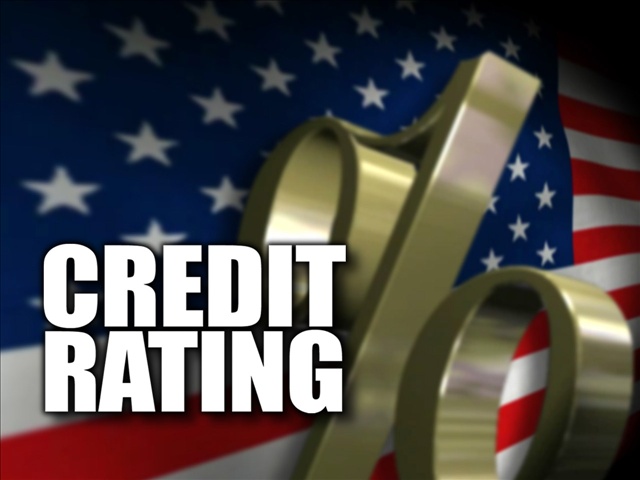 Foxnews is reporting how the Republicans running for their party’s nomination are reacting to the downgrade of the United States by Standard & Poor’s:

While the announcement late Friday wasn’t a surprise – the country has faced a possible downgrade since April – and the U.S. still  maintains a top rating with the other two major credit rating agencies, the  development offers fresh ammunition to the president’s opponents who have been  relentless in hammering him on his economic record, which is seen as his  greatest vulnerability.
I have two points to make concerning this report:

Congress is on recess (vacation) until after Labor Day. The president is dancing barefoot in the Rose Garden as the country’s economic status is burning. So what are the consequences of this downgrade as our government watches from the sidelines?

1. As our national debt is refinanced, the interest paid on the debt is raised due to the United States’ reduced ability to repay our debt and the reduced value of the dollar. For each 1% raise on the interest, we will pay an additional $148 billion each year. Over the next ten years, this will be a minimum of $1.5 trillion: this is the amount that the Super Congress was to cut.

The next round of $1.5 trillion in cuts would be decided by a committee of 12 lawmakers evenly divided between the two parties and two chambers. This so-called super Congress would have to present its cuts by Thanksgiving, and the rest of Congress could not amend or filibuster the recommendations.

The work of the Super Congress has just doubled if the interest rate is raised only 1%.

2. Moody’s must cut our credit rating also based on the immense debt that our government has accrued with the national debt and unfunded liabilities ($130 trillion). If they do not downgrade the United States, their credibility will also be downgraded.

3. The dollar will be devalued resulting in deflation initially and then followed by hyperinflation. We saw the price of oil drop from just under $100 to $86 a barrel this week as one example.

4. The stock market will continue to decline as our economic collapse will impact corporate earnings and consumer confidence.

5. Congress and the president were told on July 15 by Standard & Poor’s that they would have to make $4 trillion in verifiable cuts in order to maintain our AAA status. Ignoring the consequences by passing legislation that did not address our debt has resulted in the downgrade as promised. Going on a month’s vacation and celebrating a birthday multiple times will have consequences that these politicians have not considered.

6. Two things will wake a sleeping giant: an attack on our on shores and a loss of personal wealth. The stock market’s losses are not over and the producers were already waking up to the redistribution of their wealth by the government.

8. The faith of the American people who represent and respect the values and principles of this great nation will turn away from both political parties. The debt ceiling legislation passed last week has shown us that our government and political parties have failed due to incompetence and cowardice. Equating the debt ceiling with default was a ruse to misdirect the people. Unfortunately for them, the people and the credit rating agencies clearly discerned the economic distress our country is facing.

The fallout will continue this week. Now is the time for all good men and women to come together and recognize what is really important. Government and the value of the US dollar do not make a country great. The spirit of our people determine our fate and we must return to the faith and principles that made this nation originally strong.

Even If the Debt Ceiling Is Passed…

Why Would Standard & Poor’s Change Its Position on Our Credit Rating?

You are right in that it is “We The People” that make this country great and it is indeed time for us to recognize that we are called to get on our knees and ask God once again to show us the way, if we are to save it.

… the “way” is a clean re-boot of the government of these united States including a purge of all the pond-scum that currently inhabits it.

Folks need to ask for the courage as individuals to act on what they already know !!

Well maybe this will get the attention of the Americas who are still snoring through it all and will change their vote to NO for Obama in 2012. This is all working out exactly the way they planned it so I hope people do not expect a heart felt reaction from Obama, it ain’t gonna happen. Do not look for policy changes he is to much of an anti-colonialist for that.