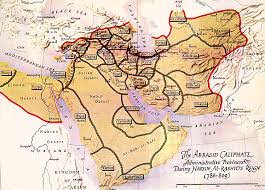 Since the mid-1990s the United States has intervened militarily in several internal armed conflicts in Europe and the Middle East: bombing Serbs and Serbia in support of Izetbegovic’s Moslem Regime in Bosnia in 1995, bombing Serbs and Serbia in support of KLA Moslems of Kosovo in 1999, bombing Libya’s Gaddafi regime in support of rebels in 2010. Each intervention was justified to Americans as motivated by humanitarian concerns: to protect Bosnian Moslems from genocidal Serbs, to protect Kosovo Moslems from genocidal Serbs, and to protect Libyans from their murderous dictator Muammar Gaddafi.

Other reasons for these interventions were also offered: to gain for the United States a strategic foothold in the Balkans, to defeat communism in Yugoslavia, to demonstrate to the world’s Moslems that the United States is not anti-Moslem, to redefine the role of NATO in the post-Cold War era, among others.

Each of these United States military interventions occurred in an area that had been part of the Ottoman Empire. In each, a secular regime was ultimately replaced by an Islamist one favoring sharia law and the creation of a world-wide Caliphate. The countries that experienced the “Arab Spring” of the 2010s without the help of American military intervention, Tunisia and Egypt, had also been part of the Ottoman Empire, and also ended up with Islamist regimes.

In the United States most discussions of the military conflicts of the 1990s in the Balkans and the “Arab Spring” of the 2010s do not mention that the areas involved had been part of the Ottoman Empire; these included Turkey, the Moslem-populated areas around the Mediterranean, Iraq, the coastal regions of the Arabian Peninsula and parts of the Balkans. In the areas that experienced the Arab Spring Turkey’s role in every instance has been to support the rebels and quickly recognize them as the legitimate government of the country in upheaval.