This Is How America Will Lose 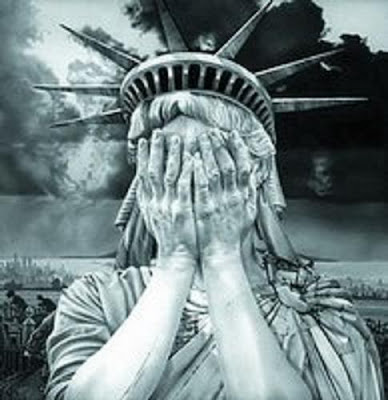 I received the following email today from a “Tea Party” leader in North Carolina. I did not edit the misspelled words or content.  Please read my thoughts after this request:

The NAACP is making this election a completely racist endevor.   If conservative white people fail to REGISTER and VOTE Conservative we might very well loose America.  Few white churches will register their membership and then bus them on Sunday to the voting booth.

The state NAACP is in the middle of a registration drive designed to register 40,000 new voters before November. Earlier this month, it held training meetings in Winston-Salem and Wilson.The goal is to get 1,000 churches, temples or mosques to register 100 percent of their members by Aug. 28.

In black churches across the state this weekend, the Obama campaign will launch its congregation captains program to find people willing to organize their congregations through phone banks in homes or small meetings.

“We are going to engage black pastors all across the state,” Butterfield said.

This election is a racist endeavor because the black community made it so.

Margaret Johnson, 65, a retired health care technician from Knightdale, said that as a committed Christian, she disagreed with Obama on same-sex marriage but was willing to overlook her disagreement because she agrees with him on a broad range of other issues, including helping the disadvantaged.

Polling shows that 71 percent of African-Americans are “very excited” about voting in the upcoming election, compared to 47 percent for whites, Jensen said.

Will you please wake up before it is too late?

Talk to your friends and neighbors.  Be certain that they are registered to vote before August 28th.

It truly is now or never to save this nation.

Every one of us must do our part to stop Obama in North Carolina.

Please forward this warning to your friends.

Please get to work registering your friends and neighbors and seeing that they vote.

The Obama campaign is making efforts to maintain the high support it enjoyed from black voters in 2008.”

So the message is that America is divided into two factions based on race? Black Americans will vote Obama back into office which is why “Republicans and Tea Parties need to get out and vote, too” as also mentioned in the email. If the fate of our nation is now to be divided along racial lines, we have already lost the country. Our overwhelming strength in the past was that we were the United States of America. I will be no part of any effort designed to exploit people in a divisive manner. Our country is at an economic precipice: we either come together for a common future or let the political parties divide and conquer us.

This is the point I was making earlier in my article concerning Hard Tea. We have a choice to make that can no longer be avoided: unity or diversity. The fate of our country rests in the hands of people who are willing to stand up for honor and morality to give our children Liberty. People may argue with this conclusion but in our hearts, we know that this is true. If we continue to fall into the trap outlined in the email above, Americans will lose our freedom.

Why is it a trap to recognize the reality of what Obama is doing?
Bottom line is we do have to vote in overwhelming numbers to beat him
I’d love all of us to be united in that effort, but it ain’t gonna happen
To bitch about it is a little pious I think at this point of the game

Looks like I hit a nerve with the truth.