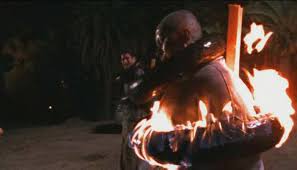 Barack and Michelle Obama, Bill and Hillary Clinton, George and Laura Bush will all figuratively wear a necklace at Nelson Mandela’s memorial tomorrow—the Winnie Mandela necklace that is the most grotesque one of all time.

The prime ministers of Canada and Britain, Stephen Harper and David Cameron will wear the necklace, too.  But none of the world leaders at the Mandela funeral—Daily Mail touted as the biggest funeral in the world since Winston Churchill—will hear the screams of the young blacks who died in agony wearing the Winnie Mandela necklace.

Time and the politically correct era can never wash away the Crime of Humanity foisted on the blacks of South Africa when Communist African National Congress (ANC) ‘freedom fighters’ and ‘liberators’ sent hundreds to their death via the burning tire necklace.

The crime of the so many black brothers and sisters chosen for Death by Necklace? Suspicion of being “too friendly to whites”.

ANC members would take black people and hack off their hands or tie them behind the person’s back with barbed wire.  Then a gasoline-filled tire would be set alight around the victim’s (“traitor’s”) neck and they would slowly and very painfully burn to death.

Another reason to safeguard our HISTORY and teach it.