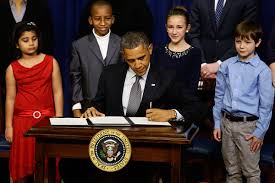 Obama has embarked on a mission to pass gun control legislation. Just one month ago, the probability of any legislation was inconceivable. But then the progressive strategy that has been so successful in destroying our country took root in Colorado. With this success, Obama gained another foothold in Connecticut and then Maryland. And then in the Senate as the old guard sided with the Democrats over their promises and more principled colleagues.

The outrage over Richard Burr and to a lesser extent, Hagan in the Senate is already fading. The calls to replace Burr will have to wait until the next election in 2016. These calls are reminiscent of the outrage over his food control legislation (SB 510) which had no impact on his reelection and was quickly forgotten in favor of partisan politics. The outrage may reignite based on the legislation they will pass but their goals will become law. One piece at a time. As fast as they can.

Because time is running out. The economy is not recovering and the transfer of physical gold from the West to the East is almost complete. Whether the catalyst is economic or a war, the people of the United States must be disarmed.

The White House has tilted the gun control debate in its favor by centering its public relations effort around one pivotal message: the legislation deserves a vote.

After some criticism about how the president wasn’t engaged enough on the hot-button issue at the start of his second term, the White House — for the first time in Obama’s presidency observers point out — has been pulling out all the stops.

President Obama’s phone calls to senators, a speech by first lady Michelle Obama and the White House’s partnership with the Newtown, Conn. victims’ families has altered the political landscape. The gun control bill has a long way to go, but its prospects in the Senate have improved considerably.

“The White House has learned to use all of its assets to move things the way they hadn’t done in the first term,” said Jamal Simmons, a Democratic strategist.

Vice President Biden appeared alongside Attorney General Eric Holder at one event earlier this week. Michelle Obama entered the gun control debate and fought back tears as she delivered a speech in Chicago this week, focusing on the death of 15-year-old Hadiya Pendleton, who performed at her husband’s inauguration. Pendleton was killed days later after being shot.