Did the White House Help Plan the Syrian Chemical Attack?

Posted on September 4, 2013 by DRenegade

This is the article referenced by Russ Limbaugh on September 3, 2013 detailing the United States’ role in the chemical attack on women and children. 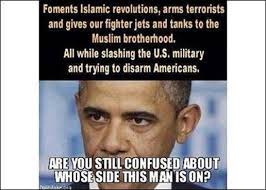 There is a growing volume of new evidence from numerous sources in the Middle East — mostly affiliated with the Syrian opposition and its sponsors and supporters — which makes a very strong case, based on solid circumstantial evidence, that the August 21, 2013, chemical strike in the Damascus suburbs was indeed a pre-meditated provocation by the Syrian opposition.

The extent of US foreknowledge of this provocation needs further investigation because available data puts the “horror” of the Barack Obama White House in a different and disturbing light.

On August 13-14, 2013, Western-sponsored opposition forces in Turkey started advance preparations for a major and irregular military surge. Initial meetings between senior opposition military commanders and representatives of Qatari, Turkish, and US Intelligence [“Mukhabarat Amriki”] took place at the converted Turkish military garrison in Antakya, Hatay Province, used as the command center and headquarters of the Free Syrian Army (FSA) and their foreign sponsors. Very senior opposition commanders who had arrived from Istanbul briefed the regional commanders of an imminent escalation in the fighting due to “a war-changing development” which would, in turn, lead to a US-led bombing of Syria.

The opposition forces had to quickly prepare their forces for exploiting the US-led bombing in order to march on Damascus and topple the Bashar al-Assad Government, the senior commanders explained. The Qatari and Turkish intelligence officials assured the Syrian regional commanders that they would be provided with plenty of weapons for the coming offensive.
More…

This entry was posted in Domestic Enemies, Editorial and tagged Treason. Bookmark the permalink.