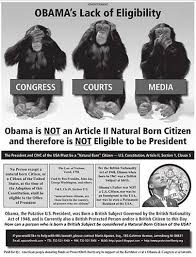 The following announcement from the president’s policy director outlines the steps being taken to bypass the checks and balances of our Republic. The Democrat controlled Senate would not pass Obama’s Jobs Bill. What is the solution for a failed president? Blame the Republicans and override the Constitution.

This is the consequence of picking and choosing which parts of the Constitution are to be followed for political power. An illegal president under the Constitution can only be expected to carry out illegal acts of power and war.

Now that each and every Senate Republican has vowed to block measures that would create jobs, President Obama is not going to wait for them to rebuild the economy and bring financial security back to the middle class.

Today, he announced new rules on federal mortgages to prevent more families from losing their homes to foreclosure. And that’s just the beginning — the President said he would continue to make the changes he can by executive action, while continuing to urge Congress to act on legislation to strengthen the economy and create jobs.

If Congress doesn’t act, he will — because millions of Americans can’t just wait for Congress to do their jobs. That’s why thousands of you have been calling and tweeting your representatives over the past month, joining the President in sending a message to lawmakers in Washington that they need to act now.

We’re not just going to continue to wait — and we’ll be keeping up the pressure by making sure they’re hearing from folks across the country every day about why they need to act.

Will you share your story — and join President Obama in telling Congress that we can’t and won’t wait?

Republicans in Congress have repeatedly filibustered the President’s ideas to create jobs now — ideas that until recently were supported by Republicans.

The President’s action today also stands in stark contrast to the positions of the Republicans running for president. Mitt Romney even told a newspaper last week that we actually shouldn’t act; we should let the housing crisis “run its course” and “hit the bottom” so that “investors” can come in and buy up these homes at cheap prices. He’s saying to homeowners that they are on their own, forcing thousands of families to explain to their kids why they have to give up their homes.

Doing nothing while families struggle: that’s the opposite of what this president and this campaign stand for. President Obama isn’t going to let Congress’ inaction stop him from doing what he can right now.

So here’s what the President’s announcement means:

— More families whose homes are under water will get help and save money on their monthly mortgage payment through the Home Affordable Refinance Programs.

— If the value of your mortgage is $100,000 and your house is valued at $75,000, you previously weren’t able to refinance to save your home — forcing many families to pay higher interest rates. As a result of today’s announcement, many more responsible homeowners will be able to lower their rates and pay their debts.

— And this is just one of the incremental changes to come. Next, the President will announce new steps to help young people manage their federal student loan debt while they look for a job and get on their feet. He’ll also take action to help small businesses and entrepreneurs, spur the engines of job growth, create new jobs, and assist veterans in finding them.

These measures alone are not a comprehensive solution to the economic challenges we face. That needs to come out of Congress — and if they’re going to finally put party aside, they’re going to need to keep hearing from us. President Obama is stepping up the pressure, and he’s counting on us to keep going, too.

Get the President’s back and keep the heat on Congress — tell your story of why we can’t wait any longer: