What Does the Price of Gold Signify? 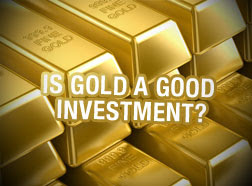 Gold closed at $1594.10 an ounce July 15th, 2011. This is an increase of 7.5% in two weeks but the media has not focused its coverage on this important event. The price of gold is determined by two factors: the value of the dollar and the demand for gold on the world market. Both of these factors have contributed to the increased price of gold but the underlying reasons are what we need to address.

The United States is in trouble and Timothy Geithner’s face this week show how deeply our debt crisis has become. The stock market rallied on the  probability of yet another economic stimulus plan (Quantitative Easing 3) from the Federal Reserve. QE3 may provide short term profits on Wall Street but it will devalue the dollar and our savings along with it. We must concentrate on the credit rating of the United States. As our credit rating is lowered, the confidence on our ability to repay our debt is also lowered. The consequence of a reduction of our credit rating is an increase in the interest rate on our debt in order to entice people to accept the increased rate of default and/or reduced value of the dollar due to inflation (redistribution).

If the interest rate on our debt is revalued up only 0.001%, we would pay an additional $14.3 billion on our debt annually. If the interest rate is raised 1%, we would pay an additonal $143 billion. Our current debt to GDP ratio is 98% – about the same as Portugal. The long term interest rate for Portugal is 10.87% as of July 12, 2011. If the United States would have to pay an additional 8% interest based on the Portuguese debt to GDP ratio, it would add $1.144 trillion dollars annually to our existing debt repayment. This “additional interest” represents our entire federal budget in 1989.

Unless the US dollar loses its standing as the world’s currency, the last scenario is unlikely. However a 2% raise on the interest of our national debt is very likely resulting in another $286 billion dollars on our annual budget. What does the price of gold signify over the past two weeks? The very strong likelihood that our credit rating will be lowered with the United States people paying the consequences. People are buying gold to offset the collapse of the dollar and the Euro.

SAN FRANCISCO (MarketWatch) — Gold futures finished at a record high Friday to score a gain of 3.2% for the week, as lingering concerns over the potential for U.S. and euro-zone debt defaults helped prices tally a nine-session gain of nearly $108 an ounce.

Prices, which have climbed $107.50 since they closed at $1,482.60 on July 1, marked a fresh record settlement price. Gold has hit a string of record high levels this week, as the possibility of more stimulus being pumped into the U.S. economy and global debt worries supported buying.

…and this folks, is the real reason the Democrats want compromise on raising taxes.
The promise of increased Federal revenues will ease the concerns of the credit market.

Of course the big spending in Washington over the last 4 years has been instituted by the Democrat Party, their Congress, and their President. Had we insisted on “eating our peas” when the crisis first surfaced, we’d likely be on the mend now. Instead, we got…well you know what we got!

Isn’t it a pity they have had so much difficulty covering their bets on the fiat currency they generated to kick the can down the road?

If the Republicans yield and allow them (Democrats) to cover their mistakes in any so-called compromise, they are too darned dumb to call themselves leaders.

They’ll also be creating an even more difficult row to hoe for themselves in 2012. (That is of course if there is even an election in 2012)

This is truly our time that will try our souls. How we respond to the events unfolding in Washington will determine the fate of our children. The price we will have to pay for letting political parties usurp the Constitution and our freedom will be dear. Are you ready to sacrifice your life and personal fortune to prove that you have sacred honor?

The root of our problems of spending and taxing so much is the Federal Reserve. They were instrumental in our abandoning the gold standard for pure profits that only they would reap. If we continued the gold standard there would only be enough currency circulating to cover the amount of gold in reserve. Once the gold reserve had been discontinued “fiat” money began circulating and has been circulating at a much greater amount that ever thought possible. Fiat money is worthless money.
When the gold standard was the monetary standard from the early 1870’s until the 1930’s the value of the dollar remained the same. Since we went off the gold standard in the early 1970’s during the Nixon administration until present time the dollar is worth approximately 22 cents. The Fed has lowered the interest rate to essentially 0% and fiat money is being printed at unbelievable numbers resulting in inflation as it always has. They will either raise the interest rate and deflate the dollar which is highly unlikely or we will see QE 4. We will quickly join PIIGS( Portugal, Ireland, Italy, Greece, and Spain) as countries that will default on our loans and be dependent on the IMF and, worst of all, our currency will no longer be the world currency. We must first demand that Congress stop spending and make cuts to the budget by reducing the size of government. Abolish several departments and agencies that clearing serve no purpose. They include the deparments of education, housing and urban development, energy, and the environmental protection agency, to name a few. We should privatize the post office, amtrak, the national parks system, tsa and several other government entities. there are many ways to do this and we must demand that our congressional representatives to do what is necessary to save this great country.

Mr. Forms is correct but the sins of the Federal Reserve are even worse than outlined above. Whether we even have gold reserves left is being questioned by Rep. Ron Paul. The question we have to ask is why won’t the Federal Reserve allow our gold reserves to be audited or even viewed by Congress? We may know shortly the fate of the country if our credit rating is lowered to reflect the true state of our fiscal status.